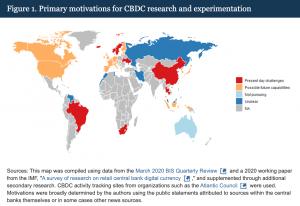 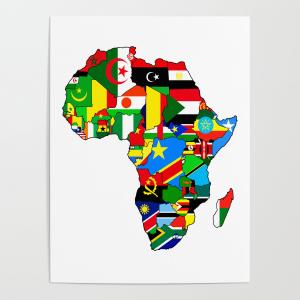 This innovation, known as CBDC, or central bank digital currency, is now happening in much of the world, but Africa is behind.

Failure to implement CBDC will not deter a citizen from utilizing CBDCs of other countries, notably China.”
— Dr. Peter Ojo

LAUREL, MARYLAND, UNITED STATES, March 8, 2021 /EINPresswire.com/ — REMCO offers an ideal permissioned distributed ledger for Africa’s central banks to accelerate innovation, particularly with pure digital representations of their existing banknotes. This innovation, known as CBDC, or central bank digital currency, is now happening in much of the world, but Africa is behind.

This map of global activity from central banks tells a distressing story for Africa. Across the world, there is a great deal of activity, but Africa is almost entirely blank. The powerful international companies have essentially failed at the national retail level in Africa, and they process transactions off the continent, yet they are behind some of the strongest efforts to launch CBDCs. Crypto-businesses bolstered by the speculative value of the tokens also offer a hazy alternative future for digital currencies from central banks as well as from other powerful organizations such as Facebook. Africa waits to be told what to do.

The Nigerian-American technologist behind REMCO is calling on Africa’s central bankers to implement CBDC as a national emergency. Dr. Peter Ojo operates licensed financial services businesses in the USA and many African countries and designed the REMCO platform as the foundation of a new blockchain company. The REMCO platform was piloted successfully in 2019 and this preparation combined with Ojo’s active participation in various global payment systems workgroups gave him a unique insight into the trajectory of CBDC and why central banks must take it seriously.

During this two-year pilot phase, REMCO tokenized millions of remittance transactions. With vast Africa-specific experience under its belt, Ojo believes REMCO is well-placed to deliver the needed on-ramps for central banks to introduce CBDC in a manner that dovetails with Africa’s existing infrastructure.

Although it hopes to introduce its home-grown and tested solution in upcoming regulatory sandboxes in both Nigeria and Ghana, a very interesting use case can be found in the proposed ECO currency, which has been long-discussed as a new common currency across ECOWAS countries. A ‘digital ECO’ riding on REMCO can reduce exchange rate uncertainty and fluctuations and significantly lower the costs of inter-country commerce.

Failure to implement CBDC will not deter a citizen from utilizing CBDCs of other countries, notably China. Africa’s central bankers must weigh the competitive nature of the global market and jump in by providing direct access to the base funds on their balance sheets to a well-tested framework that enables their local banks and fintech companies to experiment with digital currencies to power domestic transactions.