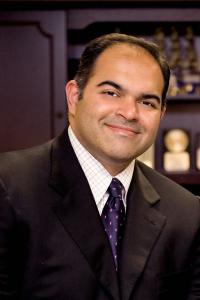 I wish to express my heartfelt thanks to each of these community-minded, dedicated Task Force members who are volunteering their time, expertise and unique perspective to our great city”
— West Palm Beach Mayor Keith A. James

These Task Force members will join the previously announced co-chairs: Michelle Diffenderfer, President and Shareholder of Lewis, Longman, & Walker, P.A.; and Patrick J. Franklin, President & CEO of the Urban League of Palm Beach County. Two additional members are expected to be announced after completing the onboarding process. More than 80 individuals expressed interest in participating on the Task Force. To qualify for the Task Force, members must either live or work in the City of West Palm Beach. Each had to submit an expression of interest statement to be considered.

“I wish to express my heartfelt thanks to each of these community-minded, dedicated Task Force members who are volunteering their time, expertise and unique perspective to our great city,” said West Palm Beach Mayor Keith A. James. “This Task Force is an opportunity for our community to come together to address the challenges of achieving racial, ethnic, and cultural equality and to effect meaningful, transformative change. I look forward to working with them and to receiving their recommendations.”

There will be five subcommittees consisting of up to seven members. The subcommittees will be fact-finding committees assigned to five topic areas of:
*Criminal justice
*Health
*Real estate and housing
*Finance, banking and industry, and
*Education (including workforce development)

The establishment of the Task Force comes on the heels of calls for both local and national change in the wake of recent incidents that ignited outrage, exposed deeply entrenched systemic racism in our country, and challenged the public’s confidence and trust in our system of policing and criminal justice.
For more information, please visit https://www.wpb.org/our-city/mayor-s-office/mayor-s-task-force-on-racial-and-ethic-equality or call City Hall at (561) 822-1200 (TTY: 800-955-8771).