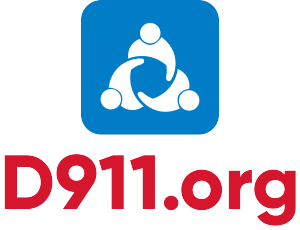 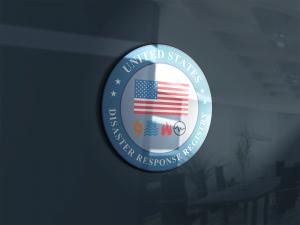 D911 is a new mobile application that matches survivors of disasters to resources that are responding.

They would be better able to render immediate assistance if they have the right tools, tools that help them locate survivors before they become victims. D911 gives them that.”
— Chip Hoyes, Chief Petty Officer, USCG, Ret.

ATLANTA, GEORGIA, UNITED STATES, June 5, 2020 /EINPresswire.com/ — Hurricane season is here, and we already have three named storms. As the intensity of the storms ramp up over the summer months, we may face another devastating impact of a Category 5 Hurricane. Responders into these areas have faced many challenges over the years, improving efficiency and tactics with each event. D911 now offers the possibility of a quick leap in the direction of efficiency and speed in the way people that survive storms are located, rescued, and rendered assistance.

D911 is a mobile app that locates survivors that are using the app and matches them with responders that have the resources they need. Whether it is food, bottled water or medical assistance, even search and rescue, can be requested in this app. Daniel Francis, a former Emergency Medical Technician who has been responding into hurricane devastated areas offering food relief, designed and developed the app as a result of his experiences. "The main thing immediately after an event is locating the survivors and identifying their specific needs" says Francis. "The way it goes down now is good and can be better with added technology. Oftentimes, the initial response is more locally based and typically without comprehensive coordination, the D911 app brings the possibility of organizing the initial and ongoing responses seamlessly." he says.

Francis self-deployed to Ft Lauderdale Florida with a couple of friends to aid The Abaco Islands after Hurricane Dorian devastated that area in 2019. He met up with Blue Tide Marine and Tropic Ocean Airways which were founded by and primarily staffed by retired special forces personnel. "After observing the way they operated, which was incredibly efficient and organized, I designed the app to make similar operations possible for any group to employ". He also says that rescues performed by way of Facebook and other social media, where people were reaching out for help from the Abacos, played a role in the apps design. He also consulted with retired Coast Guard and Army personnel as well as retired UPS Logistics specialists. "We have rendered some high-level complexity down to simplicity" He says.

“The number one frustration in Search and Rescue (SAR) efforts is not knowing where the survivors are” said Taylor “Chip" Hoynes, a retired U.S. Coast Guard Chief Operations Specialist. Hoynes, who is on the Advisory Panel for D911.org, stated “this type of technology may have a significant positive impact on disaster response operations”. In addition to many other national disaster responses, Hoynes served as Coast Guard Liaison Officer to the Louisiana Emergency Management Operations Center, and Senior SAR Controller for New Orleans during Hurricane Katrina rescue efforts. Hoynes conducted mission management during 9/11, and once retired, worked as a senior consultant between multiple parishes of Louisiana and BP during the Macondo/Mississippi Canyon site 252 Response efforts (colloquially known as the “BP Oil Spill”). "The critical time between a significant event and actual government activated response is mere minutes to hours, time that stands between survivability and death. In my experience I’ve seen and worked with private and para-military type Search and Rescue first responders (i.e. USCG and USAF Auxiliary local SAR Teams, and Team RWB members) who were the first to arrive on scene. In many cases they live within the affected area and can mobilize immediately after the event. They would be better able to render immediate assistance if they have the right tools, tools that help them locate survivors before they become victims. D911 gives them that.”

This type of technology is already available throughout the world for everyday goods. Francis points out that there is really nothing different about a disaster response. "The needs are the same as any typical day, the environment is different, and the resources have to come from a different place. D911 allows responders to deliver the right materials, to the right location in the proper amount, in a timely fashion, basically creating a rapidly populated and stocked supply line that any survivor can access."

D911 is designed to allow any responding agency access to the app to offer services. They first will be vetted by registering in the United States Disaster Response Registry, which is a private website that is solely for groups, organizations and individuals that would like to make their services available through the app.

The app works when a survivor makes a request for assistance, the request is either dispatched to an agency that can meet the request or is broadcast out to all responders to see if any one of them can accept the job. Once the request is assigned or accepted, the survivor and the responder are connected via email, phone, and text. The responders can then assess additional needs and make requests to their known supply line for assistance.

The app is in a beta version right now with plans to test it in practice and demo style scenarios over the summertime, and if necessary, to deploy the app into active service.

Francis says D911.org is seeking collaboration to further develop the app. "The fact is, this will work globally, and there is literally a need daily for this app to be up and functioning for the benefit of disaster survivors." He says.

You can learn more at www.D911.org