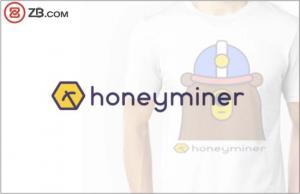 AMERICA, November 8, 2019 /EINPresswire.com/ — HoneyMiner just got acquired. This event is important to note because it shows that there is value in building critical infrastructure pieces within the Bitcoin and cryptocurrency sector. HoneyMiner wasn’t an overnight success.
The firm didn’t do an initial public offering or an initial coin offering. HoneyMiner just invested in itself and its customer base appropriately over the years. The firm might serve as a compelling example for entrepreneurs within the cryptocurrency sector who seek to build value and make a successful exit as well.
HoneyMiner is just one entity that has found great success by working in a way that innovates and helps people contribute to the cryptocurrency sector.
Let’s find out more about HoneyMiner, what it does, what it did right, and why it got acquired, today.

The Founders of Stax Digital

Stax Digital is the firm behind the popular cryptocurrency mining product, HoneyMiner. It is based near New York, in New Jersey.
The people behind Stax Digital have a wealth of experience in building businesses, conducting and performing security analysis, and analyzing the growth of cryptocurrencies. Let’s briefly study their experiences to see how one might learn the right skills and follow in their footsteps.

Larry is a software engineer and manager with more than 20 years of experience. He was involved in security audits, he has his certified fraud examiner (CFE), and he’s pursued his doctorate.

Tony Jazak is a full stack web developer who also has more than 20 years of experience with web-based projects in the internet sector. Tony’s skill sets include Node.js, NoSQL, front-end Linux, Apache, MYSQL, and PHP development.

Jing is a C++ programmer and has worked with application programming interfaces, hardware level optimizations, and low fingerprint high yield computing. He was involved in the trading sector, working to create low latency systems for his employers. He has a master’s from Columbia in Computer Science.
We can see by each of their resumes that they’ve worked within the internet and online sector for quite some time and were prepared with the right skill sets to capitalize on the cryptocurrency boom. They were already in high demand sectors and were able to take advantage of the burgeoning cryptocurrency industry when the opportunity presented itself.
Further, they’ve created a robust set of advisors that would allow them to make a substantial impact within the sector. Their advisors included people like Noah Jessop, Jeremy Avin, Brad Hargreaves, Jennifer Smith, Jason Cormerchero, Drew Oetting, Greg Neumann, CoinYeezy, CryptoRandyMarsh, and NotSoFast.
Noah Jesson is an investor who’s invested in startups like Uber, Buzzfeed, Cruise, and other innovative companies.
Jeremy Avin is a successful startup executive who focuses on products across his different roles at various companies.
Jenniffer Smith worked with Greylock and then pursued other roles in different compelling companies.
The other notable individuals worked in places like Palantir, with the blockchain, and have marketing experience specific to the cryptocurrency sector.
This coalition of advisors will undoubtedly have helped the company to make the right decisions and head on the right path to succeed and do well. We know that since they were able to attract these high-quality people. Others of a certain level of caliber believed in them and knew that they had what it took work each day toward an end goal and vision.
But it all started with the right foundation and the right approach.
Now, let’s find out more about the way they would run the firm and take action. Let’s take a look at their operating beliefs and the ideals they used to succeed in the cryptocurrency sector. These ideals helped them to operate in the right manner each day and to keep their lives relatively simple.

Each of the founders of the firm invested their respective time and expertise into the firm because of central idea. They believed that “decentralized systems and blockchain technology will improve the lives of millions.”
They thought that they could help to make a positive impact on the world “by building a new, fair and equitable financial ecosystem.”
But they knew that they couldn’t do the same thing as other folks within the industry. If they wanted more people to get involved and contribute value to the sector, they would have to focus on a couple of critical components.
The main point that they focused on was simplicity.
They didn’t want people to be turned off by industry jargon or having to take time out of their busy days to learn about the most effective ways to participate within the sector. New individuals might have wanted to start with mining and earning money might have had to learn about industry lingo like hash power, hash rates, GPU mining, CPU mining, and other aspects. They would then have to choose the components that served them best.
These barriers to entry might have turned many people away from stepping and participating.
They focused on simplifying the process by building a system where people could download or install HoneyMiner and earn a few satoshis each day by working with HoneyMiner.
The founders of HoneyMiner targeted one subsector of the cryptocurrency industry and placed all of their efforts into it. They didn’t diversify their efforts. The HoneyMiner founders kept it simple and made sure to reduce friction in the mining process.
Users of HoneyMiner wouldn’t have to worry about anything else; all they had to do was download HoneyMiner.
Let’s take a look at when HoneyMiner launched.

HoneyMiner launched in mid-2018.
HoneyMiner succeeded because of its appeal to simplicity. Everyone wanted to earn BTC and wanted to so with minimal effort.
HoneyMiner served up an option, did the right marketing, and found success. Users with a simple desktop could start to mine bitcoin with their regular equipment.
Mining and distribution of earnings are done simply and effectively. Users downloaded the software, set an account for withdrawals, and kept HoneyMiner running at all times.
HoneyMiner would take a slight fee and utilize the computational power of the masses.

“The miner doesn’t have to do the math or manage all the configurations and settings, or manually check the prices. We make it so that any surplus compute, so any laptop you aren’t using up to a rig that you run is automatically doing the most profitable computation.”

It also saw great results with more than 10,000 downloads on the first launch with people across the world stepping in and tapping into its services.

The company took the right steps, grew its user base and was acquired about a year later. It recently announced its acquisition by Core Scientific, an artificial intelligence and blockchain venture. HoneyMiner assets include its team members, its strong base of users, and overall knowledge of the cryptocurrency industry.
Users utilize HoneyMiner for several operating systems.
Stax Digital continues to add value and create new products and now will do so under the umbrella of Core Scientific.

Remember that opportunity does exist within this sector. One simply must create value for entities and participants within the industry in some form or fashion. Simplify the process, build an audience, provide information, and add value overall.

ZB Group was founded in 2012 with the goal of providing leadership to the blockchain development space and today manages a network that includes digital assets exchanges, wallets, capital ventures, research institutes, and media. The Group’s flagship platform is ZB.com, the industry leading digital asset exchange. The platform launched in early 2013 and boasts one of the world’s largest trading communities.
ZB Group also includes ZBG the innovative crypto trading platform, and BW.com, the world’s first mining-pool based exchange. Other holdings include wallet leader BitBank, as well as exchange brands ZBM, ZBX and Korea’s Bithi.
Industry intelligence and standards are headed by the recently launched ZB Nexus who embody the core values of ZB Group and open source their reports and analysis for the public.